I Love My Album Company!


Some companies just get it. It's not always about the best price, it's about the best product and the best service. There will always be bottom feeders out there slashing their prices to claw at business, but you usually get what you pay for. My album company is one of those exceptional companies that do it right. The quality is amazing, backed by great service. It comes at a price but I wouldn't settle for anything less with my clients. The albums are so cool, we are expanding our market with them by offering them to our high school senior clients, family portrait clients as well as a few niche markets. We are beginning a concept where we will photograph Harley Davidson owners with their motorcycles, including some close up detail shots of the bike and some action shots on the road. We will then create a custom album for them with the cover being a blend of black and orange leather. We are looking for a few Harley owners to get this going. E-mail me at Steve@cheslerphoto.com if you're interested. 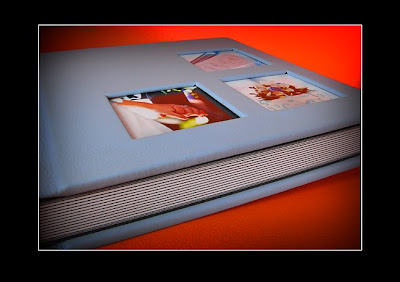 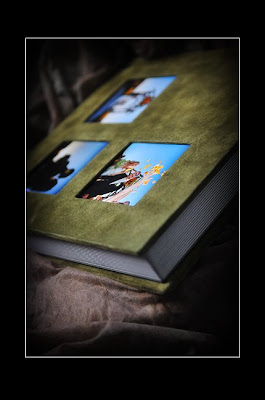 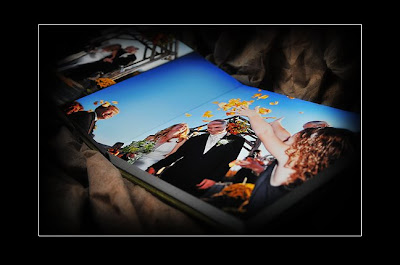 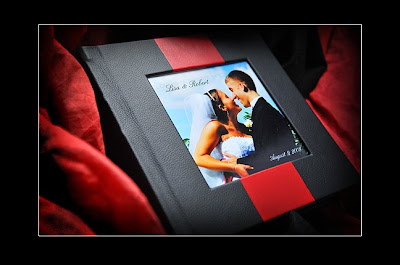 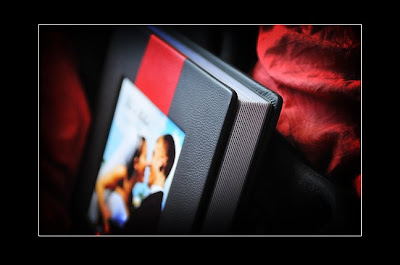 Posted by Steve Chesler at 8:34 PM No comments:


When a thunderstorm hits close, or better yet, directly, you often get the privilege of experiencing a "slammer." That's when there is no time between the lightning and the thunder. No precious second or two to get your hands up to your ears. No time to count and estimate the distance. This one was right here, right now.

This story is not about lightning. The slammer I'm talking about in this case is when two cars hit, sometimes you can estimate speed by the length of the skid mark or the duration of the skid sound if you are there at the moment. Sometimes not. Sometimes a long skid just tells you the speed when the car began stopping. Sometimes a short skid is the worst of all. No time to react. That's what happened earlier tonight.

I was walking through an intersection. The road was wet, but it was barely drizzling at the time. I was through the intersection and about 20 feet past it continuing to the parking lot where my car was waiting for me. Behind me came the sound of tires skidding on wet pavement. It was a short skid. Maybe 1/2 to a full second. As I whirled around I saw the two cars collide where I had walked through about 15 seconds earlier. Both cars, opposing directions, had green lights. One of them turned left across the path of the other. Apparently he just didn't see the other car. The little Chevy Aveo slammed right into the side of the turning Honda Accord. I immediately ran to the scene to offer what aid I could. Not much at that point. A helpful "Look out!!!" 10 seconds earlier might have been useful.

The side curtain airbags in the Accord had deployed, but no one was in either passenger side seat. The steering wheel bag had not deployed. No airbag deployment in the Aveo, which was surprising considering the frontal impact. But the little Aveo seemed to fare better than the Accord. It hit like a battering ram sustaining less frontal damage then the devastated side of the Accord. Both passenger side doors on the Honda were wrecked leaving 3 inch gaps at the top of the door frame where rain would surely pour in later tonight. I told him to pull it into the parking garage and leave it until morning. But he took it home anyway, even though he said he had no garage.

The couple in the Aveo were shaken but not stirred. Neither was hurt at the scene, but the driver said her father was going to kill her. So there may have been a fatality after all.

A little excitement after a hard day's work. I'm glad no one was hurt. And the couple had recently gotten engaged, and want us to shoot their wedding. How serendipitous!

I think I'll have to loiter around intersections more often. Though next time, I think I want to see a real mismatch....like a Smart Car vs an ice cream truck. If the little Aveo tonight is any indication of David's might against Goliath, the smart money is on the Smart Car.

Posted by Steve Chesler at 9:04 PM No comments:


Squirrels are bigger and faster and meaner when they are in your house. Or behind your dresser, for example, where one may resemble a large cat, or small gray bear.

As I crept toward that side of the bedroom, hockey stick in hand, prepared to see a small mouse, I had no idea my initial reaction to seeing the large furry tail unfurl as I moved the picture frame he was hiding behind, would be to leap up onto the bed and scream obscenities in a voice that was not my own. Apparently I was impersonating a 12 year-old girl, who knew a lot of very bad words.

Still, it was a good plan, and I executed it flawlessly, managing to lift my entire body 6 feet off the carpet in a single bound, while somehow not hitting the ceiling. A masterful plan, until the squirrel went crazy and began running around the room, ultimately jumping up onto the bed. My hiding spot. My perch. My haven. OMG, there’s a squirrel next to me on the bed!!! RUN!!

I locked him in the bedroom and quickly ran around the house closing off doors and barricading hallways to force him out the front door. For two hours I chased him around and around, and out from under every piece of furniture he could fit under. I finally had the loveseat and matching oversized chair (Rotmann’s $895/set) tipped up on end, and a makeshift laundry basket trap right out of Bugs Bunny set and ready to capture the beast. At one point he ran by the open front door and I tried to “one-time” him out the doorway with my hockey stick. But he was in too close to my feet and I heeled it. Just spun him out as he rocketed by.

Eventually, he did go out the front door and I immediately slammed it shut behind him. And locked it. They’re very smart. I hoped he hadn’t already made a copy of my key.

Six days later, I got a call at the office. Stacey was whispering. “Come home now….he’s back.” “Who’s back?” “The squirrel. He’s here. In the basement. He’s looking right at me. Please come home. I’m afraid.” “I’m busy," I told her. "Flip over the furniture. He’ll leave.” Then she began to scream. Apparently the beast rushed her.

Twenty minutes later, there we were together…she with a bat…me with my trusty hockey stick. “That’s right…punk. Remember me?” I glared at him. He glared back. It unnerved me. He has a very intimidating air about him. A kind of rodent confidence that strikes fear in his rivals.

There comes a time in every man’s life, when he has to look at himself, and dig deep. Beyond his fears. Beyond his own limitations. Recognizing it’s either kill or be killed. For me that time was in 7th grade. Jill Levine had me pressed up against a locker. I screamed like a 12 year old girl that day too.

The squirrel had to go. His time had come. And he was overmatched. We chased him around the room for a few minutes until he finally went up into the wall through a small repair opening in the bathroom. He had nowhere to go. We set a (humane) trap for him in the doorway, and waited. Twenty four hours later, bound and gagged, we went for a little car-ride. He now lives a few towns away in a planned community for wayward mammals. He has a new identity and a restraining order against him. But I still have nightmares. 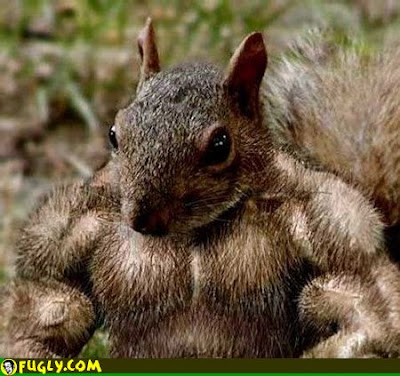 Posted by Steve Chesler at 8:22 PM No comments:


One of my favorite things about shooting weddings is getting to know the families. Most often, I don’t meet the close friends and extended family until the morning of. It’s very interesting to watch how first impressions from early in the day, when things are at their most stressful, change as more relaxed moods and laughter pervade later on.

Once the jitters are gone, and the hard part is over, everyone seems to be smiling. They mingle. They eat. They dance. They laugh. Everyone loves a wedding. Or maybe it’s the open bar. Either way…I capture it all.

I had the opportunity to work with Michal-Kathryn, one of the New York crew of Chesler Photography over Memorial weekend. It was at Leigha & Jeremy's wedding in Fitchburg with the reception at Perwinkles in Auburn. 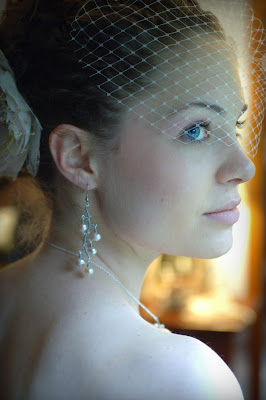 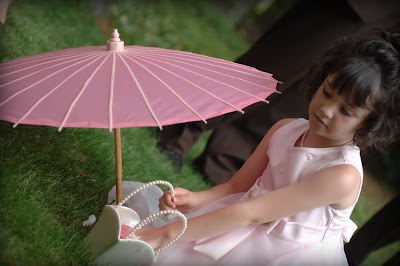 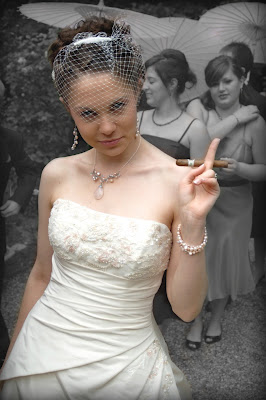 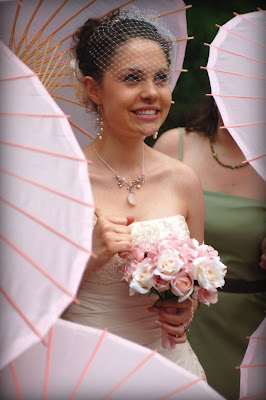 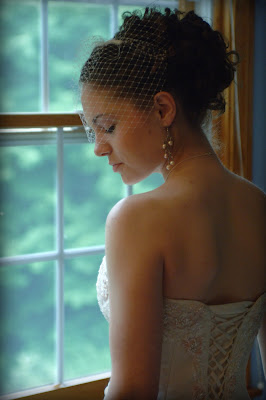 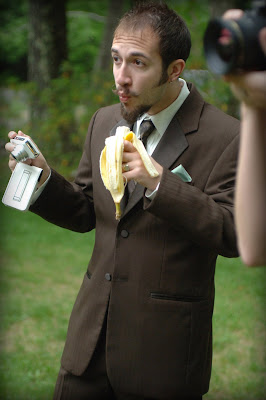